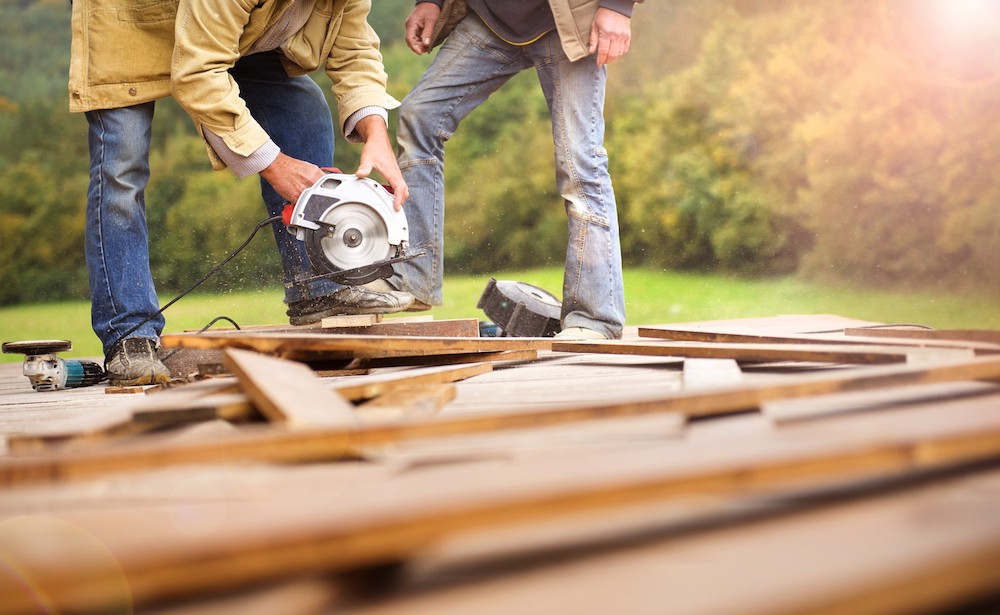 With DIY projects becoming popular—thanks in part to sites like Pinterest and YouTube videos—there is no shortage of ideas on how to convert one aspect of a home into something completely different and relatively cheap. Sometimes we think we don’t need to hire a handyman, we can just Google how to fix the problem ourselves. The HGTV influence on millennials comes into play here, too. With these media influences, even older, more outdated, or less-valued properties can (and will) get the touch of the new era. This raises a question to consider: is work being done to the same degree of quality a contractor, plumber, etc. might do?

As a general rule, people do not know about half the things they want to renovate and what it fully entails. Even on shows that inspire people to want to renovate their home, the owners almost always end up saying: “This was not what I expected” or “I was not prepared for all the work involved.” The spread of information on the internet can be a good thing, but if the information is ill-informed or inaccurate, it could be dangerous for people to follow, ergo “the blind leading the blind.”

Then there’s the question of is the community building code being followed? Different areas have different building codes to follow, so what is up-to-code in one area may not be in another. Lack of expertise can also mean a job won’t get done correctly, ending up causing damage. For example, picture this:

In some cases, the problem may not even be easy to spot—the damage is being done within the walls of the house, leaving the problem to later be fixed at the owner’s expense after an inspection, or by the next homeowner.

Sure, there’s taking precautions like wearing goggles and close-toed shoes, but there can also be safety issues in the actual renovation. If something is not done properly (like something not secured, etc) it can come back to haunt the next homeowner later. For example, someone could try to put in an electrical wiring themselves, and while it looks nice, it’s not wired correctly and causes a fire after a new owner has moved in.

There are also issues of exposure to harmful substances, like mold, lead or asbestos, which can seriously harm not only the current tenants, but future tenants if the substances make their way into the home’s indoor environment. It’s important to know what could contain such harmful matters and how to properly rid the home of them—something that’s best left to a professional.

If an owner puts work into their house to up the selling value, they’ll expect to see that reflected in their appraisal. However, just because they put the work in, does not mean it will reflect in their appraisal, especially if the job is done poorly. This is where you could get into the hassle of explaining to the DIY-er the components that are considered in an appraisal, and depending on what they did and how well they did it, it may not be enough to up the value, and could even decrease it.

How Should Appraisers Tackle This Trend?

Clearly, there are quite a few problems with the increasingly popular trend of DIY renovations and remodeling in the home. However, if you do come across a home that has been DIY-ed, you’ll need to be able to spot these potential issues as an appraiser. Think about aesthetics vs. structural integrity of the renovation: Does it look good? Is it done well and safely? Find out from the owner if any renovations have been done, and see if they have any permits for those alterations, as well as ask about code guidelines they followed, etc.  An inspector should catch many issues, but it will be your job to determine how that affects the value of the home.

If there are DIY projects that turned out poorly and need a complete overhaul, the value will obviously come down. You’ll also need to consider the scope of work. For example, for unfinished projects: what will the value be once the project is complete? Will this be an as-is project up to the homebuyer to finish? What is your inclination about it, and how do you anticipate what a potential buyer would feel about the unfinished project?

These are all things to consider when dealing with homes that have been touched by the DIY movement, and with a little research, preparation and experience you’ll be able to handle these issues better with time!